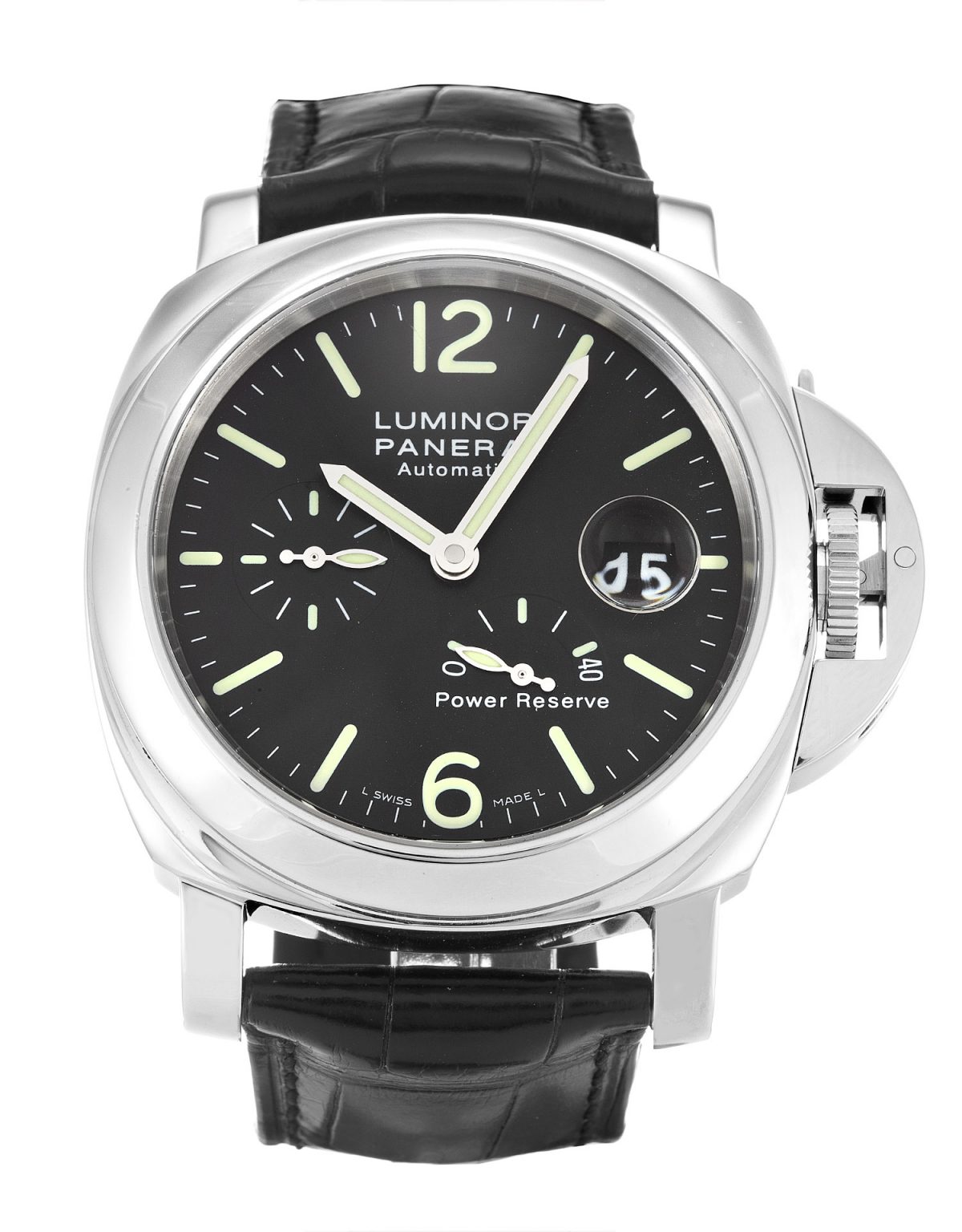 You will be greatly surprised if you are a real Panerai fan. Today, something interesting will be shared with you here. That’s because it is the third iteration of the Mare Nostrum, dating from the early days of Panerai. The Mare Nostrum was the first chronograph ever produced by Panerai, first launched in 1943 for the Italian Navy. The design was later revived in 1993 as the first re-edition, which was in production until 1997. The watch you see here is completely exactly like that 1993 re-edition, though with a few small updates.
This watch starts with a 42mm AISI 316L stainless steel case, just like the 1993 edition, with round chronograph pushers, and a tachymeter bezel calibrated to 60 Km/h. The very first Mare Nostrum measured in at a whopping 52mm, so there is really a difference here, and it makes the watch, you know, actually wearable. The dial, which is also rather attractive, has two different colored accents: bright white for the signature and the two registers, and beige SuperLuminova (with a slight faux-patina vibe) for the indexes, Arabic numerals, and hands.
The screw-down and water-resistant case back with the OP signature inscribed. The replica Panerai decided to use the same movement as the pre-Vendome edition, the caliber OP XXXIII, which is based on an ETA 2801-2 with a Dubois-Depraz chronograph module. It is COSC-certified and has a power reserve of 42 hours.
It’s very cool that Panerai has stuck to the archives for this watch. It’s an amazing piece that will likely be a hit with new and old Panerai collectors alike. The latest is being produced in a series of 1,000 pieces and comes in a wooden box that is shaped like the Luigi Durand De La Penne, an Italian Navy destroyer ship from the era of the original Mare Nostrum.
For more details, you could contact us freely, also we have regular reviews all the time, we offer the best quality replica watches and most competitive price, your choice is correct if you focus on us.